Update—I see that this piece is scaring people, and that is fine, especially if you take Trump at face value.

But I have now added some glimmers of hope at the end. So please, like me, you can wean yourself off the Valium and try and figure out a way of fighting to avoid a dystopian final destination. Obama may have already begun the process of knowing how to deal with Trump. Now back to the horror show:

We are in Kansas now—and there will be no escape. This was likely America’s last chance to save its Democracy from an oligarchy. From now on, there can be no escape from the clutches of big money controlling every level of power. The voters are no longer relevant, they have just voted themselves into low wage economic slavery—and only a massive economic collapse that will produce unrest, pain and agony—leading to some form of intellectual rebirth can change the course of the country.

Voters will be suppressed, gerrymandered, intimidated, lied to. Voters will receive less education, healthcare and facts. They will only get stupider. They will be mindlessly entertained, cannily distracted as the asset strippers extract their last pound of flesh out of the ever more obese yet perversely desiccated bodies. McDonald’s will become the fine cuisine in the race to the bottom and diminished minds will disappear into a virtual reality. 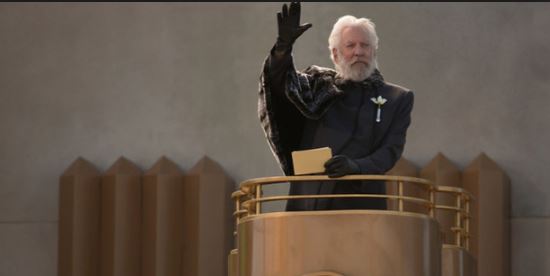 America is now a white supremacist, bigoted and ignorant country—sadly not simply a laughing stock, but now a massive threat to the planet and its peoples.

Mankind’s chances of surviving the next hundred years has just fallen from 50/50 to 25%. America voted for a Fascist Putin puppet, and that barely scratches the surface. It is time for the rest of humanity to separate itself from America and forge its own way. Meanwhile, American society can sit watching an endless cycle of Marvel/Transformer/Zombie movies—that is, until the popcorn runs out—trying to escape its self-inflicted death spiral of misery and failure. Or the US can watch the six minutes of action in a football game (which soon will likely take 5 hours to play out rather than 4 hours), 10 minute quarters in Basketball, and even more patriotic music during Baseball (I mean how many patriotic anthems does one need?)… America will be getting even more anthems as Americans wait for the commercials to end while stuffing hot dogs gleaned from factories where livestock lead a life of torture ending in horror (American food items will be banned overseas as the rest of humanity evolves), and cheap low-end consumerism will spiral down to the lowest denominator.

When America gets hit by a Terrorist attack—society will quickly splinter, temporarily held together by a militarized police force and the rest of the world will just not give a shit. The stupid guys have their guns—does that mean intelligent people (who will be persecuted) have to sink to that level to get by?

Taxes will go down for the wealthy, and one year later there will be a shortfall in revenue. Services will have to be cut and the 99% will suffer. And you know what? They will deserve it (especially if they are aging white male bigoted Trumpeteers at least). 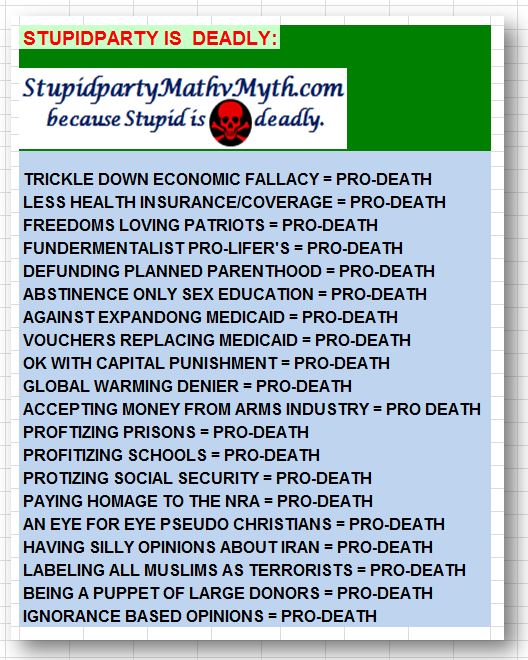 It is time for the rest of the world to forge forward and leave Trump’s agenda in the dust.

Caveat—OK this is a dark scary vision, but here are two glimmers of light, for while there’s life there’s hope:

1) Trump – since he is not a Conservative in the least, might actually savor destroying, tearing apart the GOP

2) I posted a piece by a writer who believes Trump’s win is actually good for the Democratic party and (putting aside voter suppression and a far unsafer world with Putin now in a dominant position) this piece can sure help decent people sleep at night.

At least it is a plan. 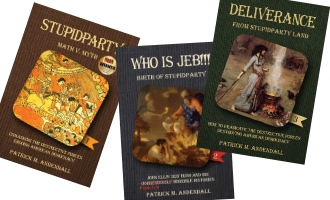 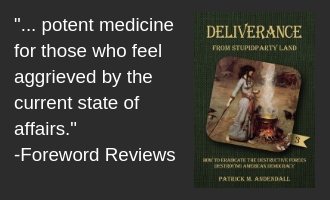